Stripers and Flatwings
by: James Jindal 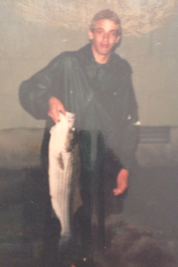 Young James
My first copy of Striper Moon was given to me by an old salt that lived in my town when I was around 13 years old. This book changed my life. At this point I was primarily plugging and live lining bunker, herring, and eels while killing every fish that came to hand. One thing I eventually learned during this time period, aside from catch and release fishing, was baitfish behavior. Knowing to be at "the pipe" in Spring Lake in late March/Early April would always yield cast nets and live wells full of herring. Snagging bunker in late May through early July and pitching them at all of our jetties prior to beach replenishment was standard practice that proved extremely productive. We would also throw eels at night time around all the bridge abutments in the river all summer and always catch. Occasionally while snapper fishing we would see tinker mackerel in the back of the inlet and we knew it was time to run down to the rocks and try for some Bonito and Albies. The mullet run in early fall followed by clouds of peanuts and then sand eels was always consistent. Sometimes we would get lucky and find fish on Sea Herring in mid-December. This was a pattern I grew used to at a young age and it gave me a huge advantage when transitioning to primarily fly fishing.
I began tying some Ray’s Flies and Rhody Flatwings to replicate silversides. I also tied some GP’s and gurglers for shrimp and worms even though you will still find Pop’s Ultra Shrimp in my boxes. I then moved onto the September Night to replicate finger mullet and variants of that to replicate peanuts. Eel Punts and Big Eelies were tied to replicate sand eels and they nestle next to my Surf Candies to this day. Eventually I started toying with larger multi-feather flatwings like the Dame Mary and Moby Dick to replicate herring. Soon, variations of these herring flies turned into bunker and squid representations. As I evolved as a tier, I was able to satisfy my hunger for creating all the baits required to fish the NE Salt which include small baits, medium baits, large baits, crustaceans, worms, eels. THAT’s ALL YOU NEED! 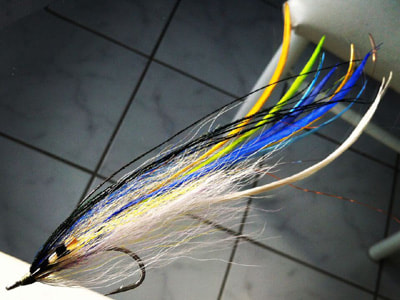 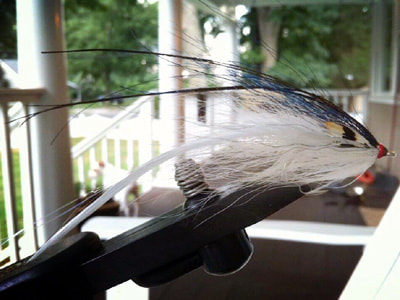 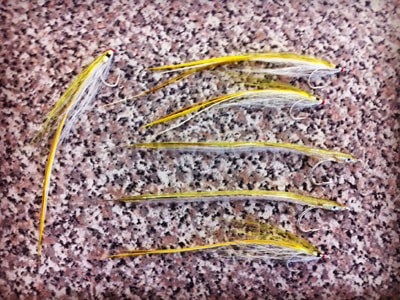 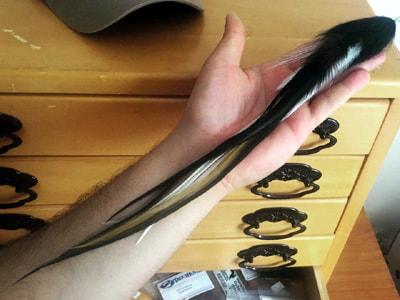 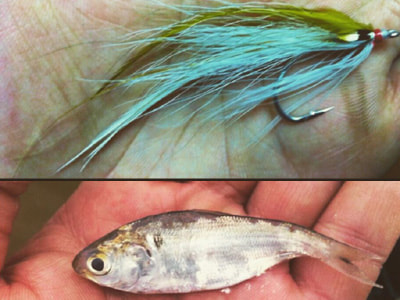 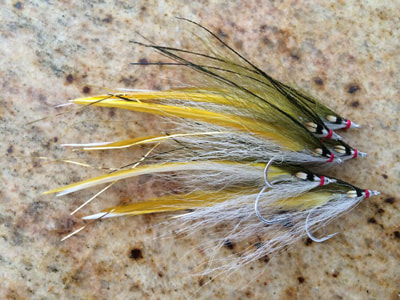 ​Why do I have confidence in flatwings? For me, it is a far more methodical approach. It takes me away from the ripping and stripping philosophy which we see so much. It allows me to present bait along a bar, in current, or off of structure in a natural way. Even when I’m not stripping, the techniques and materials used in creating these flies are still projecting life. It’s slow paced and low energy until you feel the grab of a fish. It gives you the ability to match the energy of the piece of water you are fishing as well as the ability to control the speed and depth of the fly. Its far more technical then the standard methods but not far off from targeting trout and salmon.